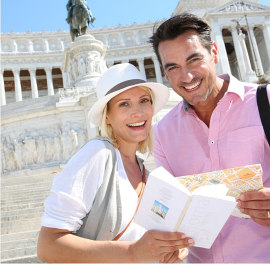 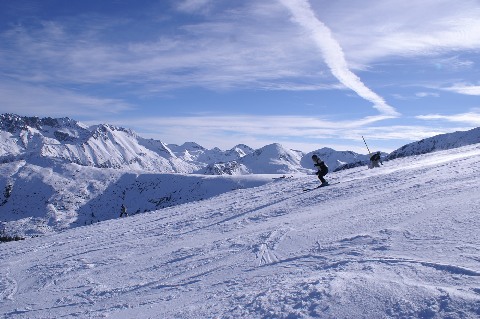 One of the largest winter resorts of Bulgaria is situated on 925 meters above the sea level at the foot of the Pirin mountain – at a distance of 150 km from Sofia and 96 km from Blagoevgrad. Over the years, Bansko gradually established itself as one of the leading winter ski resorts in the country and the region, which attracts many Bulgarian and foreign tourists.

Without a doubt, Bansko is famous among tourists basically as a skiing and a snowboarding destination. The total length of the ski tracks is 75 km, as the longest of them is 16 km long. About 90% of all 16 tracks are equipped with canons for artificial snow for high-quality and long-lasting snow cover. There is also a track equipped with lights for night skiing in the region. An open-air ice skating ring works in the town during the winter season. The highest point of the ski center is 2560. The greatest challenge for the skiers in Bansko is the track Tomba, named after the Italian skier Alberto Tomba. A cabin lift is available for the tourists. It takes them from the starting point of the ski lift station in the town of Bansko to Banderishka Polyana. The town is connected with the ski zone and with a 7 km long ski road.

for Your
travel
Buy now
Travel Guides
Souvenirs and maps